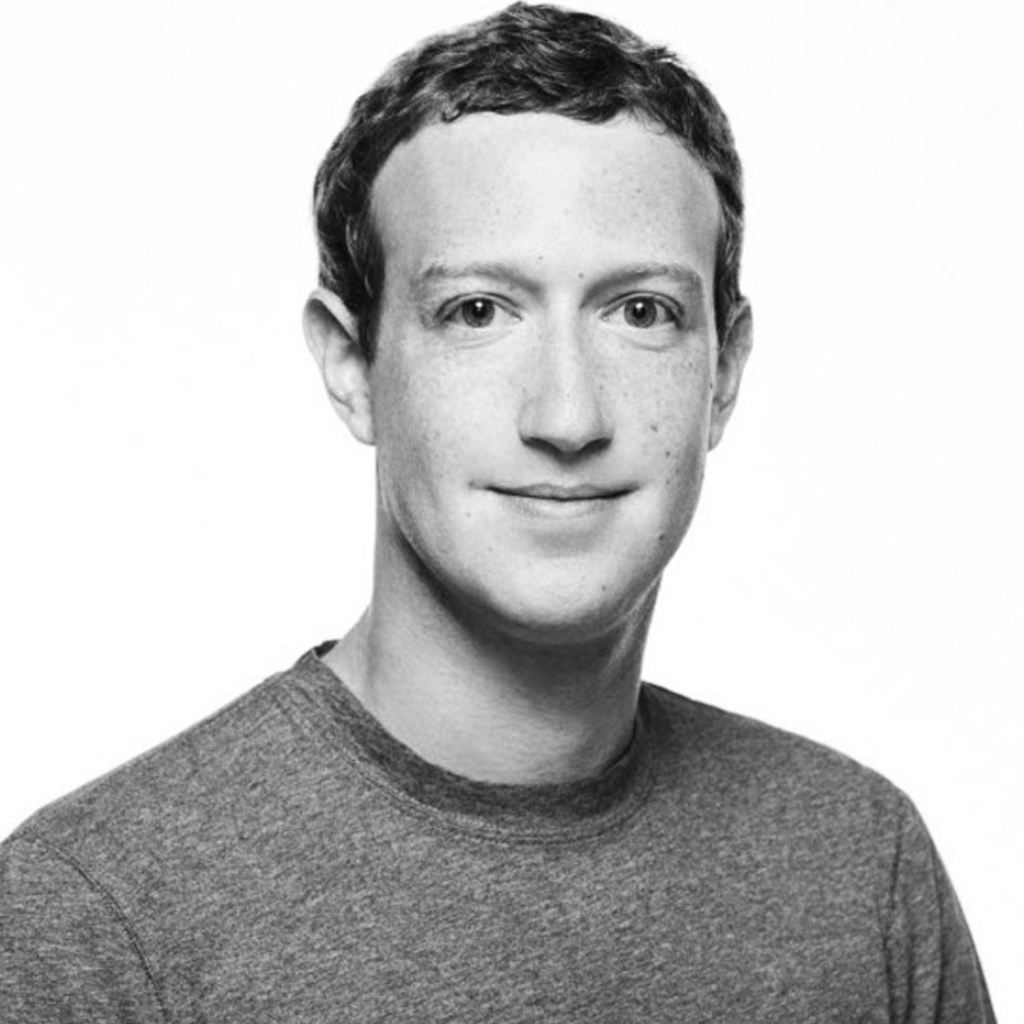 We have named personality type Five The Investigator because, more than any other type, Fives want to find out why things are the way they are. They want to understand how the world works, whether it is the cosmos, the microscopic world, the animal, vegetable, or mineral kingdoms—or the inner world of their imaginations. They are always searching, asking questions, and delving into things in depth. They do not accept received opinions and doctrines, feeling a strong need to test the truth of most assumptions for themselves.

John, a graphic artist, describes this approach to life.

“Being a Five means always needing to learn, to take in information about the world. A day without learning is like a day without ‘sunshine.’ As a Five, I want to have an understanding of life. I like having a theoretical explanation about why things happen as they do. This understanding makes me feel in charge and in control. I most often learn from a distance as an observer and not a participant. Sometimes, it seems that understanding life is as good as living it. It is a difficult journey to learn that life must be lived and not just studied.”

Behind Fives’ relentless pursuit of knowledge are deep insecurities about their ability to function successfully in the world. Fives feel that they do not have an ability to do things as well as others. But rather than engage directly with activities that might bolster their confidence, Fives “take a step back” into their minds where they feel more capable. Their belief is that from the safety of their minds they will eventually figure out how to do things—and one day rejoin the world.

Fives spend a lot of time observing and contemplating—listening to the sounds of wind or of a synthesizer, or taking notes on the activities in an anthill in their back yard. As they immerse themselves in their observations, they begin to internalize their knowledge and gain a feeling of self-confidence. They can then go out and play a piece on the synthesizer or tell people what they know about ants. They may also stumble across exciting new information or make new creative combinations (playing a piece of music based on recordings of wind and water). When they get verification of their observations and hypotheses, or see that others understand their work, it is a confirmation of their competency, and this fulfills their Basic Desire. (“You know what you are talking about.”)

Knowledge, understanding, and insight are thus highly valued by Fives, because their identity is built around “having ideas” and being someone who has something unusual and insightful to say. For this reason, Fives are not interested in exploring what is already familiar and well-established; rather, their attention is drawn to the unusual, the overlooked, the secret, the occult, the bizarre, the fantastic, the “unthinkable.” Investigating "unknown territory"—knowing something that others do not know, or creating something that no one has ever experienced—allows Fives to have a niche for themselves that no one else occupies. They believe that developing this niche is the best way that they can attain independence and confidence.

Thus, for their own security and self-esteem, Fives need to have at least one area in which they have a degree of expertise that will allow them to feel capable and connected with the world. Fives think, “I am going to find something that I can do really well, and then I will be able to meet the challenges of life. But I can’t have other things distracting me or getting in the way.” They therefore develop an intense focus on whatever they can master and feel secure about. It may be the world of mathematics, or the world of rock and roll, or classical music, or car mechanics, or horror and science fiction, or a world entirely created in their imagination. Not all Fives are scholars or Ph.Ds. But, depending on their intelligence and the resources available to them, they focus intensely on mastering something that has captured their interest.

For better or worse, the areas that Fives explore do not depend on social validation; indeed, if others agree with their ideas too readily, Fives tend to fear that their ideas might be too conventional. History is full of famous Fives who overturned accepted ways of understanding or doing things (Darwin, Einstein, Nietzsche). Many more Fives, however, have become lost in the byzantine complexities of their own thought processes, becoming merely eccentric and socially isolated.

The intense focus of Fives can thus lead to remarkable discoveries and innovations, but when the personality is more fixated, it can also create self-defeating problems. This is because their focus of attention unwittingly serves to distract them from their most pressing practical problems. Whatever the sources of their anxieties may be—relationships, lack of physical strength, inability to gain employment, and so forth—average Fives tend not to deal with these issues. Rather, they find something else to do that will make them feel more competent. The irony is that no matter what degree of mastery they develop in their area of expertise, this cannot solve their more basic insecurities about functioning in the world. For example, as a marine biologist, a Five could learn everything there is to know about a type of shellfish, but if her fear is that she is never going to be able to run her own household adequately, she will not have solved her underlying anxiety.

Dealing directly with physical matters can feel extremely daunting for Fives. Henry is a life scientist working in a major medical research lab:

“Since I was a child, I have shied away from sports and strenuous physical activity whenever possible. I was never able to climb the ropes in gym class, stopped participating in sports as soon as it was feasible, and the smell of a gymnasium still makes me uncomfortable. At the same time, I have always had a very active mental life. I learned to read at the age of three, and in school I was always one of the smartest kids in academic subjects.”

Thus, much of their time gets spent "collecting" and developing ideas and skills they believe will make them feel confident and prepared. They want to retain everything that they have learned and “carry it around in their heads.” The problem is that while they are engrossed in this process, they are not interacting with others or even increasing many other practical and social skills. They devote more and more time to collecting and attending to their collections, less to anything related to their real needs.

Thus, the challenge to Fives is to understand that they can pursue whatever questions or problems spark their imaginations and maintain relationships, take proper care of themselves, and do all of the things that are the hallmarks of a healthy life.

Level 1 (At Their Best): Become visionaries, broadly comprehending the world while penetrating it profoundly. Open-minded, take things in whole, in their true context. Make pioneering discoveries and find entirely new ways of doing and perceiving things.

Level 2: Observe everything with extraordinary perceptiveness and insight. Most mentally alert, curious, searching intelligence: nothing escapes their notice. Foresight and prediction. Able to concentrate: become engrossed in what has caught their attention.

Level 5: Increasingly detached as they become involved with complicated ideas or imaginary worlds. Become preoccupied with their visions and interpretations rather than reality. Are fascinated by off-beat, esoteric subjects, even those involving dark and disturbing elements. Detached from the practical world, a "disembodied mind," although high-strung and intense.

Level 6: Begin to take an antagonistic stance toward anything which would interfere with their inner world and personal vision. Become provocative and abrasive, with intentionally extreme and radical views. Cynical and argumentative.

Level 7: Become reclusive and isolated from reality, eccentric and nihilistic. Highly unstable and fearful of aggressions: they reject and repulse others and all social attachments.

Level 8: Get obsessed yet frightened by their threatening ideas, becoming horrified, delirious, and prey to gross distortions and phobias.

Level 9: Seeking oblivion, they may commit suicide or have a psychotic break with reality. Deranged, explosively self-destructive, with schizophrenic overtones. Generally corresponds to the Schizoid Avoidant and Schizotypal personality disorders.

Type Fours value experiences and projects that allow them to use their unique creativity and problem solving. They desire to make a deep and lasting contribution.

Fives tend to get stuck in their heads. It takes effort to bring attention to the body and the emotions. Energy is withdrawn from the periphery of the body and collects in the middle. Very sensitive to sound, touch, people, etc. they hold most of their tension in the gut rather than in the musculature, although the rib cage can be quite rigid depending on the level of fear in the body. Fives tend to "go away" behind their eyes.

If you notice the Investigator is isolating or is being overly intellectual these are signs that they may be stressed.
Encourage them to

The most basic desire of the Type Five is to feel helpful and competent. - They often express this by passionately pursuing knowledge and working to gain new skills and abilities.- They are usually passionate about learning new skills or techniques.

Type Fives typically fear being useless, incompetent or inadequate. Less healthy Type Fives may have a deeply rooted belief that they are less able to do things than other people and therefore seek to fully understand the world in order to have more of an advantage.Investigators often guard themselves by withdrawing from others, both emotionally and physically. This may make them feel safer, but can also lead to loneliness.